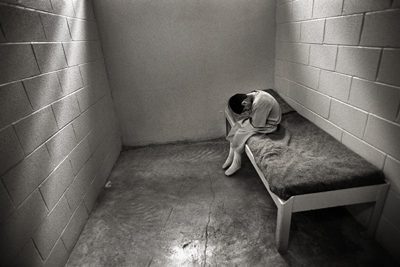 The Social Concerns Ministry is forming a study group to discuss the issues of Immigration through the lens of Catholic Social Teaching.

The next meeting of the Immigration Study Group will be Wednesday, October 25, 2017 at 7:00 pm in the Mother Theresa room. We will continue our discussion based on NCCB’s “Welcoming the Stranger Among Us: Unity in Diversity. We’ll include the two documents on immigration myths and common myths about refugees. Newcomers welcome!

Below are a number of articles, chapters and websites on the subject of Immigration. Many of these will be used as content material during study group sessions.

Welcoming the Stranger Among us:  Unity in Diversity —  United State Catholic Conference of Bishops

Why Reform?  What the Church teaches on the dignity of migrants, By Peter Jesserer Smith From the Angelus June 16, 2017

Pava, Moses L. “Loving the Stranger and the Moral Myopia at Agriprocessors.” In Religious and Ethical Perspectives on Global Migration.

Nowell, Irene, OSB.  “Applying Mercy to the Issue of Migration.”  In The Bible Today.  July/August 2017

The Social Concerns Ministry offers adult educational programs to encourage dialogue on a variety of topics in keeping with the social justice teachings of the Catholic Church, most particularly highlighting papal encyclicals as well as pastoral letters and statements of the U.S. Conference of Catholic Bishops and the California Catholic Conference.

The social concerns ministry, founded by parishioners in 2002, supports and builds upon one of the major recommendations for the Los Angeles Archdiocesan 2003 Synod – the establishment and maintenance of vibrant social concern activities by encouraging action steps following these forums when feasible.  The ministry serves the community-at-large bringing hundreds of people together for well-crafted speaker series designed to be fair to all points of view, while not diluting the emphasis on gospel values and Church teaching.

The educational programs have been both informational and formational.  Topics have included the death penalty, juvenile justice, the plight of the incarcerated, gang rehabilitation, just war, understanding the Islamic faith, environmental issues, hunger, evolution of Catholic teaching especially in the area of social justice, and immigration.

As a result of various forums, new parish ministries have been formed.  These include the Fair Trade Ministry, tutoring programs at Dolores Mission and at the Guadalupano Homeless Project of Proyecto Pastoral, and the Restorative Justice Ministries – detention ministry at Central Juvenile Hall, Get On The Bus, and collaborative efforts with Homeboy Industries, including recruiting of doctors for tattoo removal and establishment of the Home Garden Project with Homegirl Café.  The Restorative Justice Ministry also works closely with the Center for Restorative Justice Works to invite women to participate in the Center’s programs at the California institution for Women.