You are here: Home / - Current Events / The Life of Saint Paul 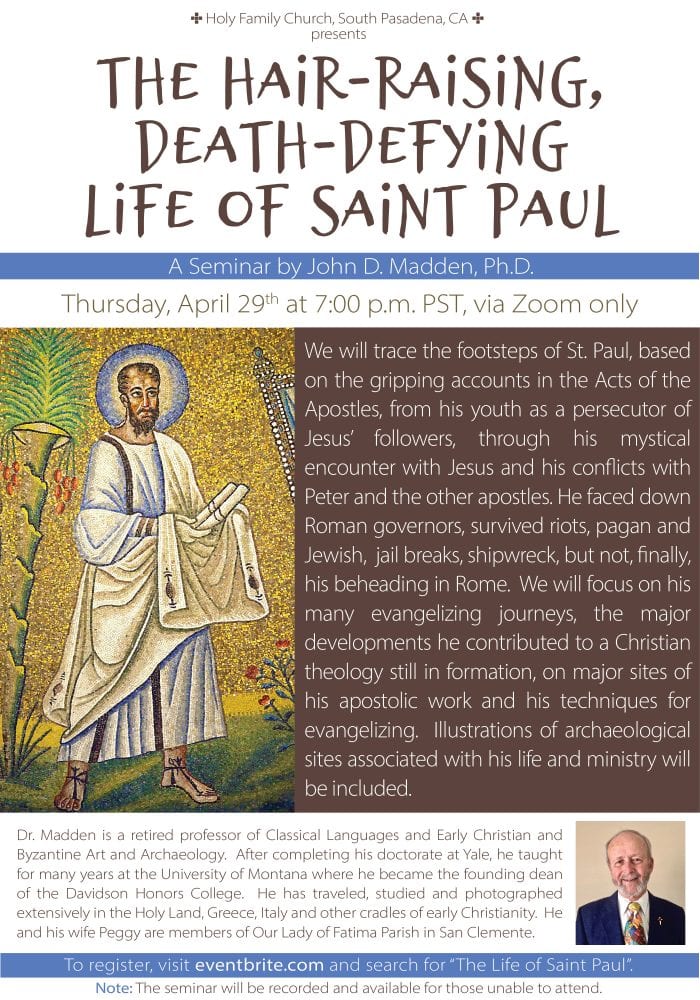 We will trace the footsteps of St. Paul, based on the gripping accounts in the Acts of the Apostles, from his youth as a persecutor of Jesus’ followers, through his mystical encounter with Jesus and his conflicts with Peter and the other apostles. He faced down Roman governors, survived riots, pagan and Jewish, jail breaks, shipwreck, but not, finally, his beheading in Rome. We will focus on his many evangelizing journeys, the major developments he contributed to a Christian theology still in formation, on major sites of his apostolic work and his techniques for evangelizing. Illustrations of archaeological sites associated with his life and ministry will be included.